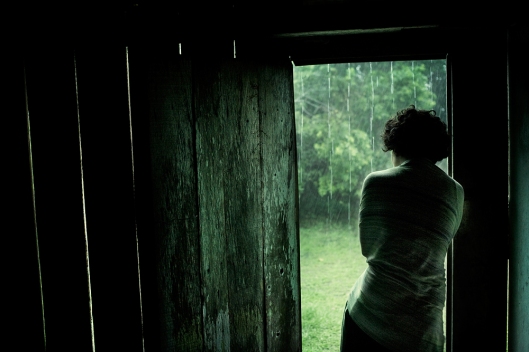 We had a two-pronged strategy

1.) Stop further deterioration of her mental faculties by not taking the statins anymore.

2.) Reverse and restore her memory and mental acuity through diet and supplementation.

It was still early days for me as well and I was debating whether I was sentencing my mother to cardiac arrest city if I recommended she stop the statins but because she hated that particular medication with a passion, she already took the initiative to flush the pills down the toilet before I was even said a word.

Of course, I kept her doctor in the loop and he was not happy but keep in mind that a doctor can only recommend.  He can’t force anyone to take pills.  We imbue doctors with a lot of authority and part of my own paradigm shift was to realize and act on the fact that we inidividually should take an active role in maintaining our health, and not give up so much control to institutional authorities, including doctors and the medical and pharmaceutical systems.

Next step was to start her on a paleo-ish diet, with lots of:

3.) Natural Carbohydrates: Lots of vegetables and some fruits (later I realized she was overfond of fruits and tried to ban it but it is still a struggle for her).

What did I eliminate?

1.) Anything made from grains, sugar and vegetable oils.

3.) Anything that came in a box or a package.

4.) Anything low-fat including skim milk and fat-free yofurts (if it’s low fat then it’s high in sugar – the taste has to come from SOMEWHERE).

Essentially, I put her on a diet where her carbohydrate intake was under 50 grams a day.  I was aiming for under 30 grams of carbs a day, making it a ketogenic diet, but knowing my mother, under 50 grams was a bit more reasonable as that would increase her rate of adherence.  In contrast, the Canadian Food Agency recommends a daily intake of approximately 240-275 grams of carbs per day for a woman of my mother’s age.

Speaking of ketogenic diets, which have been found to be very effective for reducing epileptic fits in children, a pilot study revealed that these diets were found to be therapuetic for Alzheimers.  Keto diets are an extremely high fat diet, and they supplying plenty of fat for the brain.  The result is the brain is then able to use alternative energy sources (ketones) that skip pathways that synthesize glucose (main energy source when eating carb heavy Standard American Diet).

Back to my mother’s treatment.

I kept a food diary for her, for monitoring and tracking purposes, and below is an example of what she would eat in a day.

A bit of an exaggeration, calling statins the devil’s pills, no?  Actually, that was what my mother considered them for the seven years she was on simvastatin Zucor, taking 10 mg of those hated pills diligently and daily, because that is what her doctor ordered.

Taking those pills impacted her physical and mental health to a degree we never though possible…I wrote about it here.

Over the span of those seven years, she suffered pain in her legs and hands.  At times it got so bad she couldn’t get up from the sofa without help, or she couldn’t go up the stairs without using both hands and feet.  We would badger her to exercise and she would complain of pain in her legs…we all dismissed her complaints as her just being mom, to our eternal shame.  Her nights were often fitfully spent cause the pain in her legs and the tingling in her hands wouldn’t allow her to sleep.

And then early last year, she started to lose her memory despite being only in her 50s and being descended from long-lived lines, on both sides, that have absolutely no history of Alzheimer’s at all.

Her condition, plus my growing realization of the strong links between diet and rampant Western diseases, gave me the double motivation to look more into her scary symptoms.

This is what I discovered.

– Statins are the best selling medicines in all of human history, selling over $28 billion in sales in 2006.  Huge profits for the pharmaceutical industry.

– The director of the Canadian government run Therapeutics Initiatives which measures and figures out how different drugs work, put out a well researched study that indicated statins only work on men who have had actual heart attacks.  It does not work on men over 65, men under 65 who haven’t had heart attacks and all populations of women.

This quote taken from Businessweek, which did a surprisingly stellar job reporting on the dubious benefits of statins in a 2008 report, illustrates why the myth of statins being a super wonder drug was pushed on us.

The drug business is, after all, a business. Companies are supposed to boost sales and returns to shareholders. The problem they face, though, is that many drugs are most effective in relatively small subgroups of sufferers. With statins, these are the patients who already have heart disease. But that’s not a blockbuster market. So companies have every incentive to market their drugs as being essential for wider groups of people, for whom the benefits are, by definition, smaller

Drugmakers…make sure that the researchers and doctors who extol the benefits of medications are well compensated. “It’s almost impossible to find someone who believes strongly in statins who does not get a lot of money from industry,” says Dr. Rodney A. Hayward, professor of internal medicine at the University of Michigan Medical School

The combination of huge marketing budgets for statins and the capture of the medical profession by pharmaceutical industry gave statins the aura of a wonder-dug and contributed to its status as the best selling drug in all of human history.

But thanks to the Internet, the truth began to seep out from all sources: doctors with integrity, patients, all of them talking about the scary under-reported side effects of this supposed wonder-drug and the highly overstated so-called benefits.

Severe side effects like elevated blood sugar, muscular degeneration, and cognitive dysfunction.  My mother suffered from these side effects, except for the first one as her diabetes pre-existed her cholesterol medication.

Why such severe side-effects?

The reason for the existence of cholesterol medication is because of the assumption that high fat/high cholesterol diets lead to cardio-vascular disease as per the lipid hypothesis touted and made famous by Ancel Keys.

Statins mainly worked on populations who had heart attacks as a means of reducing inflammatory properties.  Essentially, the main benefit of statins is that they are anti-inflammatory.

Guess what else is anti-inflammatory but without adverse effects?  A diet free of inflammation-causing foods like grains, sugar,  industrial oils and anything processed.

Finally, earlier this year the FDA managed to loosen the grip of the pharmaceutical industry on its throat and actually added warnings to statin labels about risks for memory loss and elevated blood sugar.  And all this for a drug that the majority of recipients DON’T have to take!!!

The FDA was a little gentle on the pharmas by stating that stopping taking the statins reverses dangerous side effects like memory loss.  It often does but read the comments sections of articles to do with statins and early-onset Alzheimer’s and you’ll see how the damage done by these drugs are sometimes too extensive for a complete reversal to occur.

In follow up posts I’ll address how we managed to completely reverse my mother’s early-onset memory loss and set her on the path to good health.

Error: Twitter did not respond. Please wait a few minutes and refresh this page.